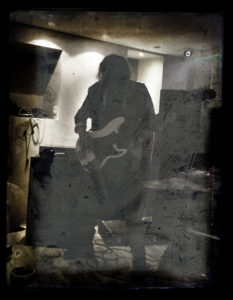 Claus Poulsen is an improvising musician and producer living in Copenhagen, Denmark, who has been a part of the electronic and experimental scene since 1995, when he formed the noise-ensemble Alarm112. CP has continued with a number of projects since then, making solo performances and releases a priority in the last few years.

“Holy shit!!! That’s extraordinary. How on earth did you get that sound?” – Kevin Godley.