Næsten, men ikke helt, ødelagt guitar (almost, but not entirely, destroyed guitar) is the idea of playing totally free on an acoustic guitar. Any method of squeezing sounds out of the instrument is allowed. One must never play a guitar worth more then 100 DKK.
The performances are always 12 minutes long and we are using graphic partiture as a frame for the performance.
Næsten, men ikke helt, ødelagt guitar is a trio consisting of Søren Raagaard and ClausPoulsen and a new guest guitarist for every performance. 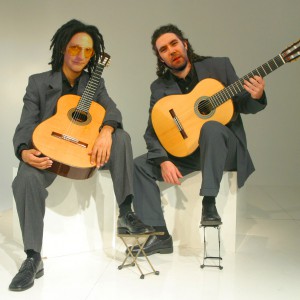 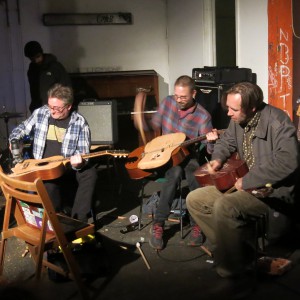 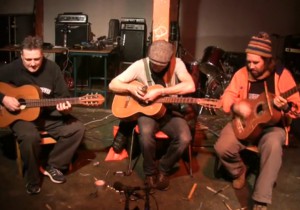